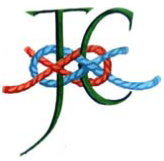 John’s Campaign: for the right to stay with people with dementia in hospital

Background:
John’s Campaign was founded after the death of Dr John Gerrard in November 2014. John Gerrard had been diagnosed with Alzheimer’s in his mid‐70s but was managing to live a good, if limited,life at home, caring for his wife and supported by his family. He was admitted to hospital in February 2014, aged 86, to receive treatment for infected leg ulcers. During his five‐week stay visits from his family were severely restricted due to an infection outbreak and his decline was catastrophic. “My father went into hospital articulate and able: he emerged a broken man.” These words are from his daughter Nicci Gerrardʹs article in the Observer newspaper (30.11.2014) which sparked an outpouring of public sympathy – and far too many similar accounts. Johnʹs Campaign takes its inspiration from the campaigns of the 1960s which secured the acceptance of parents’ rights to remain with their children in hospital – and children’s rights to the uninterrupted support of their parents. The generation who won that battle are the generation who need our help now.

Reasons to support John’s Campaign:
Compassion: People with dementia are confused and frightened people and a stay in hospital can be unnerving for anyone at any age. The only way to live well with dementia is to put your trust in someone else – a family member, a friend, a neighbour, a known carer. Those are the people who can reassure you if you are admitted to hospital or explain (as many times as is needed) why you are there. It’s no good a nurse telling you that the person you love and trust was here at visiting time this afternoon and will probably come again tomorrow because, with dementia, you forget. The feeling of abandonment is a terrible thing. Carers of people with dementia must have the freedom to be with them whenever they are most needed, not to an imposed timetable.

Care: Involving a family carer from the moment of admission to hospital until the moment of discharge has been proved to give better quality of care and improved outcomes. This is commonsense. Hospital staff are professionals with a wide, generalised knowledge. The family carer is the expert in that single individual. If they are accepted as part of the care team they can immediately provide insight, facilitate communication (and informed consent) and ensure continuity. To take a single example, 90% of older people leave hospital with a different medication than they had on arrival. A person with dementia cannot make that change unaided: their carer is the key to success. Poorly planned discharges almost invariably mean premature readmissions to hospital at disproportionate financial cost to the NHS as well as individual suffering.

Community: People with dementia do not make easy patients. Physically they often need help with basic nutrition, hydration, hygiene and mobility, which can be very time‐consuming. Emotionally they need huge amounts of reassurance and may find it difficult to communicate pain. They also need attention and activity to maintain whatever levels of function they still have. If all is not well they will show their distress by their behaviour and this can be upsetting and demoralising for everyone around them. Many patients with dementia will not have family carers able to be with them but extending a warm welcome to those who do volunteer can improve the ward atmosphere for all – for staff as well as other patients.

Caring for carers: It is not true that we live in an uncaring society: 6,000 people become new carers every day, even if they don’t use that word to describe themselves. Unpaid carers (usually family) save the economy £11bn but too often they are isolated, invisible, frequently stressed and in danger of neglecting their own health. If a carer collapses, two people – not one – will need public support. John’s Campaign wants carers to have a right to continue to care throughout a hospital stay – not the duty. It is completely understandable if a carer sees admission to hospital of the person they support as a chance to take some respite themselves. This may, however, be respite too dearly bought if the patient is discharged in a worse state than when they were admitted – 54% of cases according to the Alzheimer’s Society. An unintended benefit of hospital admission may be the chance to identify the carer, check on their health and happiness, point them to external sources of support and offer training with techniques such as safe lifting that may be needed in the future. If hospitals do not see this as their job, then they should work in partnership with carer support agencies. Carers could also be recognised – and praised – for the wonderful work they are doing.

The End of Life: This year’s Reith lecturer Atul Gawande highlighted the soaring numbers of people who are dying in hospital. A recent Healthwatch Special Inquiry included the shocking statistics that although 66% of people wish to die at home only 20.8% actually do so, while most – 54.8% – die in hospital. Too often (according to Healthwatch) the reasons for this are bureaucratic entanglements which delay that last essential discharge. John’s Campaign cannot reintegrate health and social care, speed up the provision of equipment or increase community supplies of palliative medicines. However the consistent presence of a family carer should at least give a better chance for the dying patient to have their wishes communicated and attended to, if this is possible.

John’s Campaign focuses on people with dementia but there are many others who are frail or who have particular needs who would benefit from the nurture of a family member or trusted friend when they are in hospital. There is no intention to trespass on the domain of nurses, merely to offer them a unique form of support in delivering compassionate and effective patient care. It is simple, virtually cost‐free and chimes immediately with what people know to be right. There are already hospitals or wards within hospitals which act in this way. What is unacceptable is the randomness and variation between these islands of good practice. The right of the willing family carer to continue support and the patient to continue to receive it through a hospital admission needs to be as universally accepted as the right of parents to remain with their children.